You Knew This Was Coming… January 23, 2008 Guest Contributor

You Knew This Was Coming…

Ledger was one of the Oscar-winning stars of the movie Brokeback Mountain. 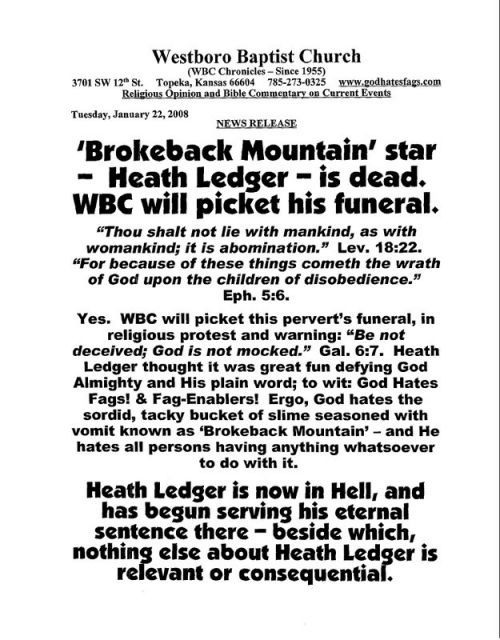 ***Update***: Did anyone else know there was a site called Phags for Phelps, which argues that WBC is good for everyone because it “give homophobes a bad name. Unlike stealth homophobes, the Phelps … don’t hide their repugnance under a bushel. Every time they appear on the nation’s television screens, they show millions of Americans just how ugly unadulterated bigotry is.” (Via Richard Roeper)

(via New Humanist and Grazatt!)

January 23, 2008
Friendly Atheist Contest #15: What Would It Take to Change Your Mind?
Next Post