Could We Hold the Ultimate Atheist Conference? January 20, 2008 Guest Contributor

Could We Hold the Ultimate Atheist Conference?

At the “meeting of the atheist leaders” on Saturday, there were several discussions about tactics and ideas for future collaboration.

The idea that caught my attention the most was Atheist Alliance International (AAI) president Margaret Downey‘s call for a “Unity Convention in 2010.”

Right now, the major national atheist groups hold conferences once a year. They get between a couple hundred to several hundred attendees each. There’s a lot of overlap, too, with many people goingto multiple conventions. Nowhere near the tens of thousands of people who go to certain religious conventions. Sometimes, the registration is through the roof and people have to be turned away, as was the case with the recent AAI conference.

Imagine if the conventions of AAI, American Atheists, the Freedom From Religion Foundation, the American Humanist Association, and the Center For Inquiry could be combined. This could be in addition to the groups’ yearly conferences or in lieu of them.

Just for a year.

Maybe not all of them would want to join in, but even if a few did, it would be impressive.

That was the sentiment that Margaret was conveying.

Here is an edited transcript of her presentation. 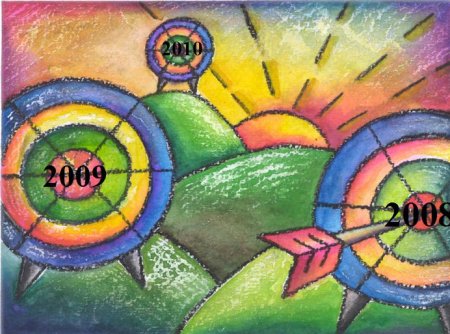 … I asked for your attention at this meeting because I am requesting that we target the year 2010 as a year to do what some think is impossible—a Unity Convention. 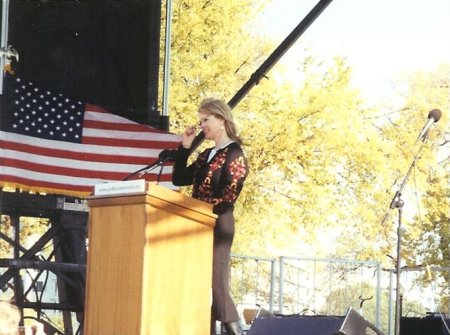 In 2002, American Atheists president Ellen Johnson organized and implemented the greatest event in the history of the atheist movement. The 2002 Godless American March on Washington made it clear that there is a strong and active community of atheists who want to be recognized, respected and appreciated.

I devote this presentation about the possibility of a 2010 Unity Convention to Ellen Johnson. She is my inspiration in broaching this subject today. 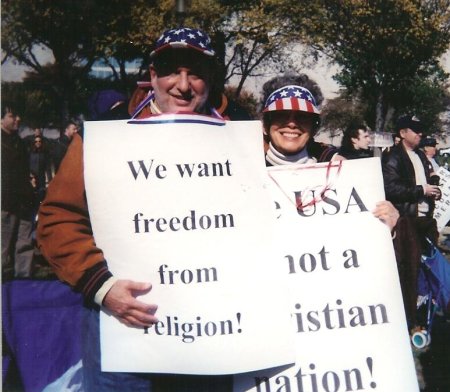 Those of you who participated in the 2002 Godless American’s March on Washington need not be reminded of the wonderful atmosphere of unity that prevailed as a wide variety of groups marched down the Washington Mall, gathered in front of a huge stage and listened to inspiration speakers for a full day. 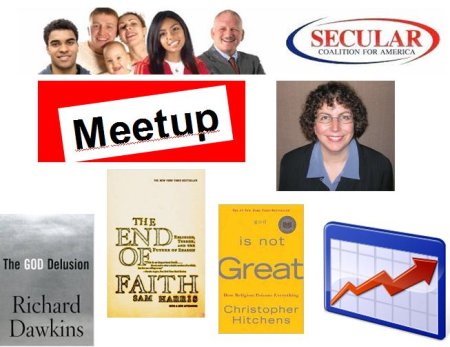 Since that day, we have seen the formation of the Secular Coalition for America, Atheist Meet-Up groups, the hiring of the first lobbyist to represent non-theists, best-seller atheist books and a huge increase in membership in all national and local like-minded groups. 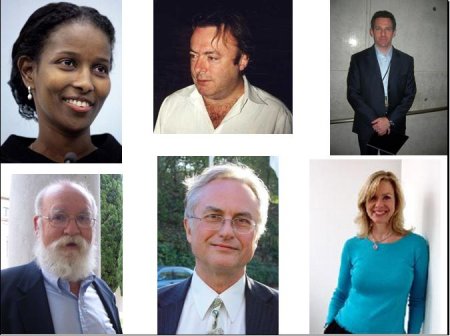 This is the perfect time to take a firm stand in the arena of politics, community involvement, ending negative stereotyping of non-theists and to further promote rational thinking. 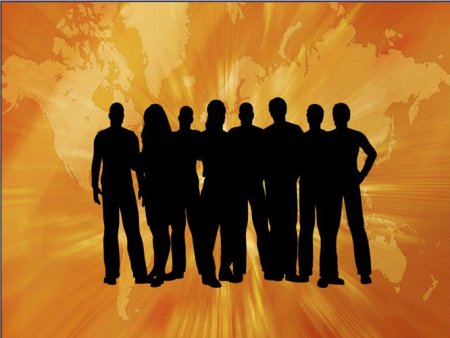 The very fact that we are gathered here today shows how far we have come. I propose that now is the time to show the world that the non-theist community has congealed into a cooperative powerful force. We are no longer a silent complacent minority.

Non-theists will not be recognized by the media or politicians until we conduct something similar to the 2002 Godless American’s March on Washington.

It is my intent today, to open a dialog about how we might do something spectacular such as a Unity Convention in 2010. 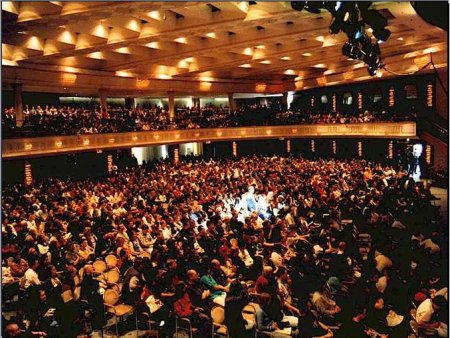 At such an event, we can present concerns we have as non-theists. We can host speakers that convey interesting positions on a wide variety of subjects. 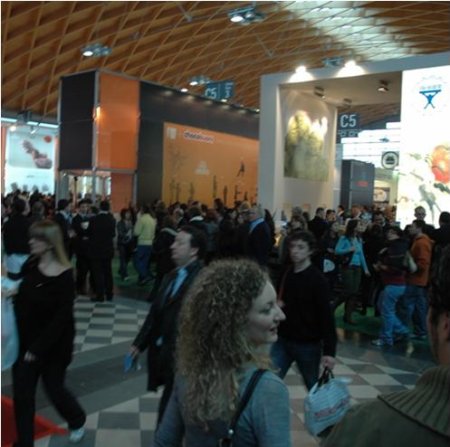 If a convention center is used, a public area can be set up with booths, literature and presentations that highlight the different non-theist groups in America. Those interested in learning about non-theistic thinking would have an opportunity to visit with representatives from all groups—just like the public is invited to visit with exhibitors who set up booths at Expos and trade shows.

A Unity Convention can re-engage the non-theist community and can give hope to the notion that, very soon, non-theists will no longer be considered a minority and that atheism is as American as apple pie 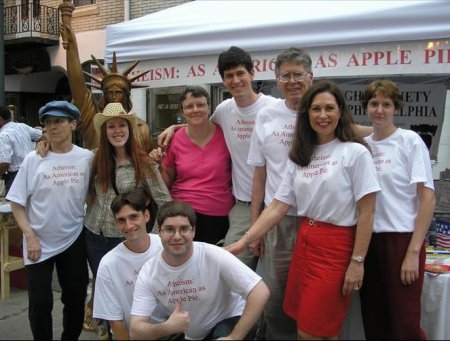 Conducting a Unity Convention will not be easy. The task can not be taken on by one particular group. It is a task that must be viewed as cooperative in every way. 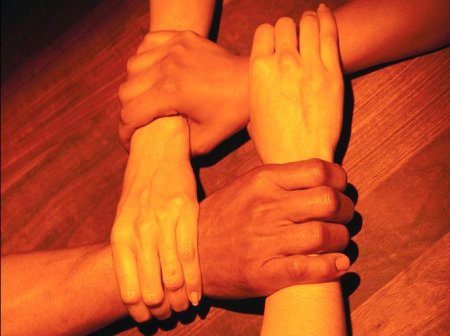 Convention organizational duties must be shared and the implementation of the event must represent each cooperative group equally. It is imperative that any group sponsorship of a 2010 Unity Convention is identical in every way. Not one group could be given more credit than another.

If we can accomplish this as leaders, we can do what is right for the entire movement. 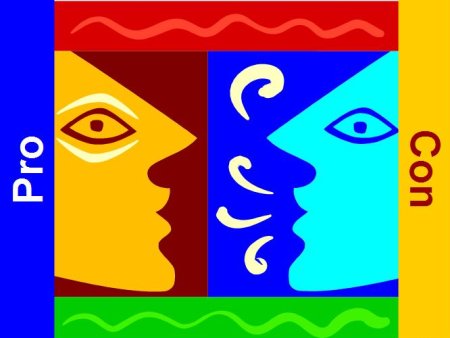 I ask for each of you in this room to voice any pros and cons that come to mind as we work through my allotted agenda time.

Margaret added that the optimum plan for a convention like this would include a major sponsor (or two) to underwrite the costs and oversee the plans. This goes for individuals as well. She will contact both large corporations and specific people who are capable of taking on such a large project.

All this said, there are still a lot of factors to consider…

When would this be held? 2010 is much sooner than you think if you wanted to plan a *large* convention, reserve the space, plan the sessions, coordinate with all the groups, etc. 2012 seems much more realistic.

Would other groups cooperate? Representatives of the potential organizing groups need to discuss this topic with their respective boards. Hopefully, many will come around and say yes. But if they say no, then what? Can you force them to cooperate? Should they be shunned if they opt out?

Would other groups still have their own conventions that year? In some cases, yes, if they wish. These conventions can bring in money (that the groups would be forgoing with the Unity Conference) and mandatory yearly business meetings are often conducted after the conventions are over.

In other cases, the groups they may wish to skip their usual convention for a year and put all their resources into this endeavor. It’s a small sacrifice for the larger goal of bringing together such a large group of atheists.

Will atheism still be as much of a “hot topic” in the coming years? One reason a Unity Convention seems worth pursuing is because there is so much talk about atheism these days. There have been several books about atheism on the best-sellers lists, debates and discussions about religion in public forums, etc. But will that trend continue or will it die down? If it dies down, will there be interest in a huge atheist convention a few years down the road?

What would we call it? Some people like the word “atheist,” some like “Humanist,” some like “non-theist,” some like “Bright”… it’d be difficult to find a broad enough umbrella of a name that everyone would be happy with. And if you can’t find one of those, which group(s) will be upset with the choice of label?

Considering all this, think of the positives that would come from a Unity Conference:

Thousands of atheists could meet, socialize, and network with each other.

It would bring together subgroups of non-theists who would otherwise never work with each other. (“You’re a Humanist? I’m an atheist. Let’s never speak to each other.”)

The publicity and media interest could be incredible.

If organized in a certain way, we could make sure it’s not so much about denigrating religion as it is about promoting positive ideas for non-religious people.

Those are just some scattered thoughts.

What are the other pros/cons that you envision from a Unity Conference?

January 20, 2008 Article in Notices of the American Mathematical Society
Browse Our Archives
What Are Your Thoughts?leave a comment