No, not Barack Obama. Not Alan Keyes. The other one. 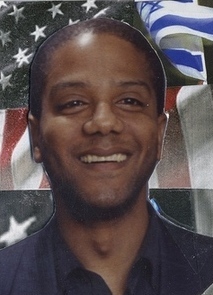 You know Albert Howard. He’s the guy who paid $1,000 and signed some papers to get on the New Hampshire primary ballot.

The guy who appeared on C-SPAN’s Lesser-Known Candidates Forum.

Albert Howard is a Michigan Republican Presidential Candidate on the road to the White House in 2008 from Ann Arbor, MI.

Honorable Albert Howard is the only 41 year old African American to file in the New Hampshire Primary Ballot in Concord on October 23, 2007.

Albert Benjamin Howard is the predicted landslide winner in the New Hampshire Primaries.

(Well, Obama is 46, so I guess Howard’s technically right…)

The guy who says this about Christianity:

The so called “christian churches” should immediately stop accepting tithes and offerings from their members until they can 100% and completely heal the sick, raise the dead and turn the world upside down as the biblical pattern commands. The modern day religious system is the largest and most corrupt organization that ever existed…

The guy who finished that same paragraph with the following sentences:

… The modern day religious system is the largest and most corrupt organization that ever existed. The life and times of John G. Lake. His effective healing ministry was just like the New Testament.

(Was that a sentence fragment? And “effective healing ministry“? That’s just oxymoronic…)

The guy who once said:

“The Angel of the Lord told me in January of 1992 that Hillary Rodham Clinton and I would meet and be running against each other and that she would lose.”

The guy who was later pressed about that same comment:

What about that angel who spoke to him?

He did once meet Clinton, at the University of Michigan commencement ceremonies in 1997 where she spoke and he sang the national anthem. Now, he’s running against her for president.

Does Howard think the angel meant he would beat Clinton, or that someone else would?

Alas… We have failed you, Albert.