Only in Amsterdam… December 1, 2007 Guest Contributor

Blog reader Rob was in Amsterdam last week and came across a beautiful old church. It seemed to him like the church must have had empty space on its property, so to raise funds, they allowed retail shops to set up in those areas and sell their goods. The shops were “tucked into the buttresses on each side [of the church],” he wrote in an email. 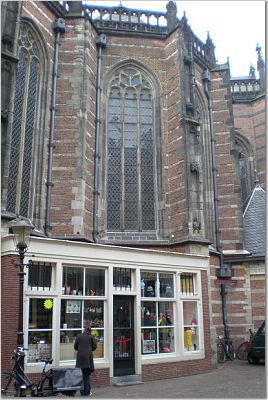 One of the shops that he found seemed out of place to him.

As we walked by one we did a double take when we noticed it was a combination sex / pot paraphernalia shop.

Apparently, these shops are everywhere in Amsterdam… including the churches.

And look what is being sold on “sacred” grounds: 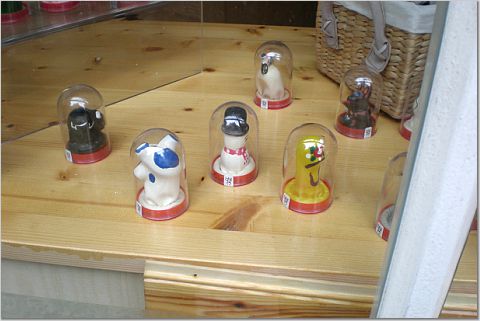 Those aren’t snow globes waiting to be filled. 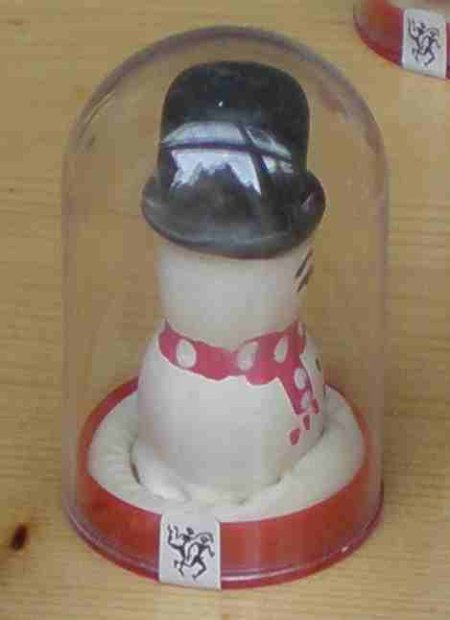 Look at the red base. See the white circular ring settling inside of it? That’s the rolled up part of the condom. The rest is decoration for the main part of it…

It’s just like the things they sell in the downtown Amsterdam Condomerie: 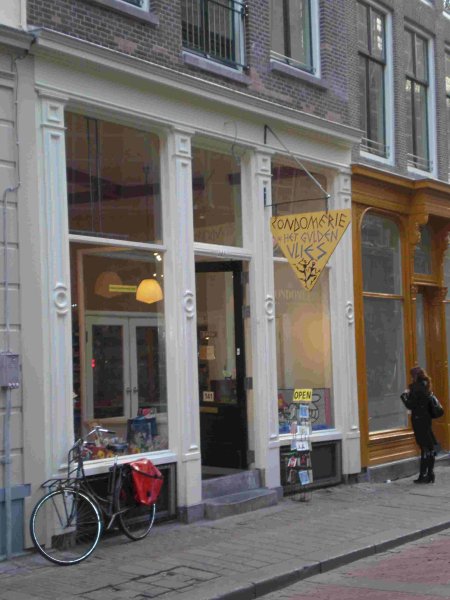 … here is this store selling condoms, bongs, pot seeds, and a variety of sex toys in the shadow (and I think as a tenant) of a great cathedral. I’m sure no one over there gives it a second thought. Quite a dichotomy. Something like this would never fly where I live as the religious nuts would be coming out of the woodwork to burn the place down – it was really refreshing to be in France and the Netherlands where people seem to be much less concerned about religion. I didn’t see a single religious bumper sticker or little fish emblem for two entire weeks.

Christ, sex, and drugs all in one location. I love the Dutch.

Anyone else curious as to why more people aren’t religious over there…?

December 2, 2007 We Win!
Browse Our Archives
What Are Your Thoughts?leave a comment