Chicago Atheists and Their Doppelgangers

A couple months ago, another person named Hemant Mehta was in the news because he was suing Snapple.

Apparently, I’m not the only atheist from Chicago with a clone. 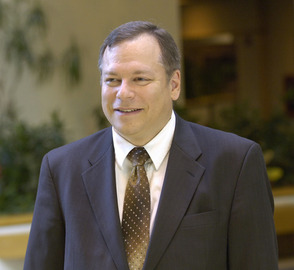 Rob Sherman (the atheist) is in the news because Rob Sherman (not the atheist) published a fake interview with Barack Obama in a French magazine. The non-atheist Sherman also faked interviews with other people:

“I’m doing everything to say I am the prominent Rob Sherman in Chicago, and I’ve never been involved with this guy,” [atheist Sherman] said.

Gotta love his demeanor. It doesn’t stop there, either:

Washington Post Media Critic Howard Kurtz also has been working on stories about Debat’s credibility. He said he, too, had not been able to locate the Rob Sherman with whom the French writer supposedly dealt. But he did learn a quite a bit as a result of his own interviews.

“It’s not the famous atheist,” he said, a fact Debat confirmed.

“Debat told us it was not that Rob Sherman,” Kurtz said.

After Sherman wrote an e mail to Debat asking for an explanation, he, too, received as response exonerating him.

Not that it’s stopping journalists from placing phone calls to the Buffalo Grove man who rarely shies away from the spotlight. And he answers every call.

“I’ve got a national reputation to maintain,” Sherman said.

Sherman (the atheist) is the man responsible for informing us of the George Bush, Sr. quotation:

No, I don’t know that atheists should be considered as citizens, nor should they be considered patriots. This is one nation under God.

However, that remark was not recorded and no other reporter admits to having heard Bush say that. It’s not a quotation we should be repeating as fact.

Sherman once asked me if I’d be willing to join him in a lawsuit to sue the city of Chicago. There was a streetlight that was pointed directly at a church that I lived near. I think the gist of the argument was that the taxpayer-funded streetlight was being used to illuminate the historic church instead of lighting up the street in front of it and that was a violation of the law.

I declined to join him.

Also, and very unfortunately, his son Ricky was wrongly fired from a high school teaching job because of his infamous father. Sherman (the son) did get a job at another school district, though.