Earlier in the year, Pete Stark (D-CA) came out as the first member of the United States Congress to openly deny belief in a God.

Outside a few remarks about how he was positively surprised at peoples’ reactions to his admission, he has not spoken publicly about his non-belief.

That will change on Thursday, September 20th.

Stark will be speaking at Harvard University at an event sponsored by the school’s Humanist Chaplaincy. 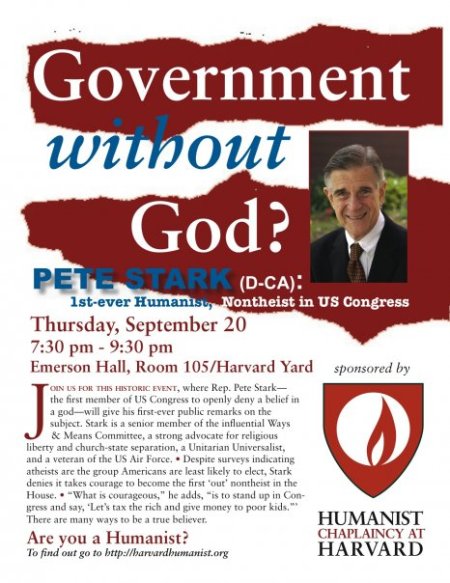 You can find more information on the event here.

While you’re at it, let them know you’re coming to the event on Facebook.

September 8, 2007
Keep an Eye on This Student
Next Post