Amazon: Get Back to Work

I know you’ve had a fun little weekend with all that Harry Potter goodness.

But that’s over now. So get back to work restocking your “shelves.”

It’s not just me.

His book was doing so well, too! It was ranking very well on your site. He even had Newsweek talking about it.

Now that you’re out of stock, look what you’re doing to his sales ranking! 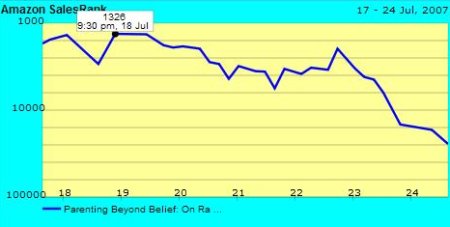 There’s only one explanation for all this: You don’t like us.

So here’s my proposed solution. You keep our books in plentiful stock at all times. And in return, I’ll tell all my future math students to buy Winnie Cooper‘s new book from you.

July 25, 2007 Reminder: Upcoming Events
Browse Our Archives
What Are Your Thoughts?leave a comment