Praiseland Lives! But Not for Long, Hope Some June 9, 2007 Guest Contributor

Praiseland Lives! But Not for Long, Hope Some 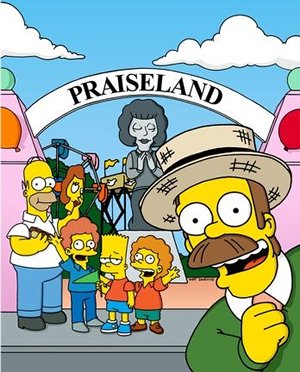 Ok, it won’t be called Praiseland. In fact, it’s Bible Park USA, in Murfreesboro, TN. But according to tomorrow’s New York Times, there is opposition to the theme park coming from unexpected places.

Pastor Bryan Brooks leads Blackman United Methodist Church. The park would be built near there:

Joe Dassaro lives in the area and started his own website against the theme park.

His reasons for opposition have nothing to do with the Bible:

The article also mentioned one more interesting opponent who lives in the Blackman area:

Ms. [Susan] Hunnicutt, who described herself as having a “very conservative religious background,” said that she worried about property values and clogged roads, and that she was offended that the Bible would be the central theme.

“We are going to fight tooth and nail,” she said.

Offended? I suppose she means she doesn’t want the Bible cheapened by turning it into a theme park…

Some opponents argue that any theme park would be the wrong kind of growth for the area. Some say proposed tax incentives, which would be permitted under legislation passed in the General Assembly this week, should not be extended to the developers. Some say the park will cheapen the Bible and their religion. Many hold all three views.

The park is being developed by Armon Bar-Tur of New York-based SafeHarbor Holding.

“This is a very serious undertaking,” Mr. Bar-Tur said. “This is not some hokey park that we’re talking about.”

Bar-Tur’s reason for why he chose this particular location was similar to Ken Ham’s reason for building the Creation Museum in northern Kentucky:

The site here is ideal because it lies near an Interstate and a state highway, close to Nashville and its airport, and within a day’s drive of much of the country’s population.

Another factor was its Bible Belt location.

One more thing that might be worth know, quoted from a newspaper article on Dassaro’s site:

“Prior to the announcement of the theme park, the Rutherford County Board of Education considered building a new elementary school in the vicinity.”

Oh, and the sales taxes that would be paid for goods at/in the park? That government money might go to helping pay for Bible Park USA‘s development costs.

That sound wrong to anyone?