How Much Time Do the Living Spend in Heaven? June 9, 2007 Guest Contributor

How Much Time Do the Living Spend in Heaven?

I know a lot about Heaven.

For example, I know that you meet five people

when you get there.

And I know it’s full of Mormons.

But some Christians claim to have experienced it first-hand. And then they write all about it. And sell many, many, many books.

It’s interesting how much time they spend up there, though…

Marietta Davis fell into a “trance” for nine days. As authors Dennis and Nolene Prince (who retell her original story) say:

When she finally regained consciousness she had full control of her faculties and described with almost supernatural perception how angels had conducted her spirit to heaven and hell. She described extraordinary scenes from these places in graphic detail.

Some people manage to learn about Heaven slightly quicker:

The author, Emmanuel Twagirimana, was struck by shrapnel from a bomb, “died,” and came back to life a week later. With a message, of course. There always has to be a message.

Maybe we don’t need all that time to get a good vision of Heaven, though.

Can’t we do this any faster? 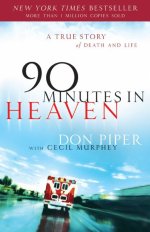 Don Piper spent 90 Minutes in Heaven. He got into a bad car accident, “died,” went to Heaven, and then came back and told us all about it. In vivid detail. The 1,000,000 people who bought his book seem to believe him. *sigh*

But, really. An hour and a half? That doesn’t help those of us who like to get things done fast. 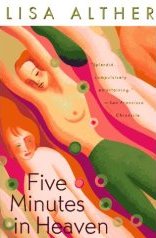 But that’s (openly) a work of fiction, so I guess we can’t count that.

Interestingly enough, I’m sure some people (even non-religious ones) would argue seven minutes is all you need to get the full glimpse of Heaven.

Wouldn’t it be interesting if people began telling us about their time in Hell instead…? 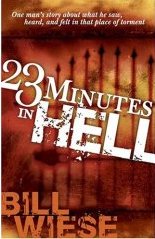 June 9, 2007 Newsweek Reports on Atheist "Controversy"
Browse Our Archives
What Are Your Thoughts?leave a comment