A New Board Game and Contest! May 14, 2007 Guest Contributor

A New Board Game and Contest! 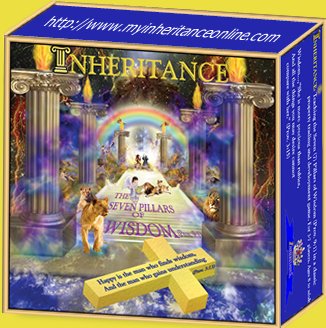 You may have missed out on the last board game, but not this time! Jawbone Productions, a maker of Biblical board games, wants you to buy their new game Inheritance (which judging by the picture below, looks remarkably like Monopoly…). 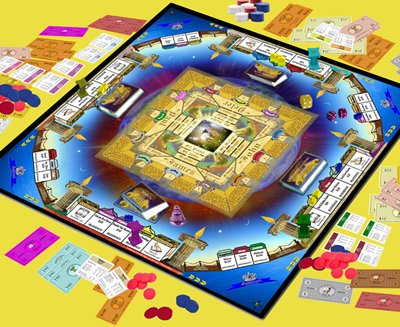 What is this game all about?

Inheritance, a board game inspired by God, and based on His promised inheritance to His saints from both the old and New Testament. Players representing disciples from the seven churches of Revelations, trade property, pay tithes and make offerings as charity for the poor. Players who qualify for the ascension play on the inner board. The winner celebrates Christ as the Lamb of God and the light of the world the results that makes everyone a winner. The mystery of King Solomon’s Seven Pillars of Wisdom is imparted during game play. No prior bible knowledge is required.

To promote the game’s release, Jawbone is having a contest!

You can win $1,000 if you can write up rap lyrics on the subject of righteousness.

No swearing. Deadline is July 14. And apparently, you must have a proof of purchase of the Inheritance game.

Wait! There’s one more contest from the same company! This one’s for $10,000 and it’s specifically for atheists and agnostics!

Essentially, they say that 1 John in the Bible was written so that it could be read in reverse (by verse) and still communicate the same meaning as when it’s read forward. This contest has two phases.

…find a similar letter or essay, on any subject, similar in length and it’s construction of reverse comprehension as found in 1st John.

Phase two requires the contestants to write an essay, the subject of which is to be the Seven Pillars of Wisdom as revealed by King Solomon and disclosed in the board game Inheritance® This essay should be readable in the reverse sentence by sentence while communicating the same message as when read normally, and similar to 1st John.

It would be pretty damn funny if an atheist won either of these contests… but it would require buying the board game… but Christian rap is so funny… but… argh! The tension of opposites confounds me yet again.