What Would Jesus Really Do? April 10, 2007 Guest Contributor

What Would Jesus Really Do? 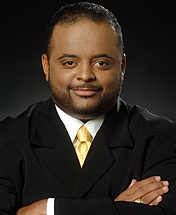 Roland Martin is a syndicated columnist and former editor of the Chicago Defender, an influential black newspaper. If you’re unfamiliar with him, you may remember this exchange on legacy admissions (which essentially mean you got into a good college because daddy went there and now gives the school money) he once had with President Bush– it made national headlines:

Roland Martin: So, the colleges should get rid of legacy.

President Bush: Well, I think so, yeah. It should be based upon merit and also based upon — I think colleges need to work hard for diversity. Don’t get me wrong.

Martin: Just to be clear, you believe that colleges should not use legacy?

Bush: I think that colleges ought to use merit in order for people to get in and they ought to use a merit system like the one I put out.

An op-ed in the Boston Globe said of Bush’s remark: “But even the world’s most famous legacy admission and the world’s most glaring example of privilege with his C average at Yale, had to realize the seismic proportions of what he said.”

Anyway, I bring Martin up because he hosted a program called “What Would Jesus Really Do?” last Friday on CNN.

You can read the full transcript, but there were a couple excerpts worth noting.

First, an exchange with Jerry Falwell, where Falwell manages to say something utterly stupid (about women) and then completely surprising in the same breath:

Martin: Let me ask you this.

Is there a Christian litmus test for a presidential candidate? Should we be basing our choice on where they stand on faith?

Falwell: Well, I can — yes, I think that the ideal is that we would have a man or a woman of faith who also is right on the moral issues.

And, so, it’s like this. I would rather have an atheist who is a neurosurgeon of excellent talents operating on me if I ever need a brain surgery, than to have the best Sunday school teacher in the world who doesn’t know a thing about it. I would much rather have the atheist, if that is his specialty.

We have got to elect a president who, whether he or she goes to church, or which church, or whatever, understands the issues. And the top issue today in our culture is survival. Right now, the war against terror and Islamic terrorism, it is the most dangerous time I have known in my 73 years. I have lived through Hitler, Nazism, communism. This is the most dangerous time America has faced.

And the next president has got to have a grip on this gravity of terrorism and the survival of the people, and has got to be willing to take the battle, whether it’s to Iraq or Afghanistan, or wherever, to defend our children and children’s children.

Martin: I got to agree. If I’m on the emergency table, you’re right. If it’s an atheist who is cutting me, that’s fine, as long as you’re good.

I mean, did anyone else know Jerry Falwell had a brain?

Martin closed the show with the following message (emphasis mine):

Martin: Folks, I don’t have a time to mince words. In 2007, enough with the people who pimp God. That’s right. I said it, pimp God. Instead of focusing on the totality of Jesus, we have Christians who want to make the faith all about abortion and homosexuality. And then we have others who seek God as nothing but a spiritual slot machine. They say a prayer and down from heaven comes a big house or a new car.

Faith should be used to break down racial and economic barriers, not solidify them. Don’t tell me Jesus would have embraced the sinners and you bar them from the church door. How can people say they love Jesus, but are afraid to speak to their neighbor, eat with a co-worker have their children play with peers across town?

As we heard tonight, the Christian agenda should be broader than two issues. Let’s stop with the nonsense that one political party has a hold on Jesus. We are called to speak truth to power no matter who sits in the White House. Christians, let’s stop wondering what Jesus would do to make this world better. The question you need to answer is what am I prepared to do?

(Thank to Jason for bringing this to my attention.)