It’ll be better to do a few separate posts on certain topics discussed at the American Atheists convention since there is so much to cover.

But for now, a couple quotations (which you’re not allowed to quote me on) and pictures!

Ellen Johnson, president of American Atheists, during her introduction speech:

… has anyone come out of the closet and had a bad experience?

The atheism closet, I mean.

After her speech, the emcee introduced the next speaker, but first thanked Ellen for her remarks:

It should also be noted that C-SPAN and 20/20 were both there taping the first day of festivities. If it ever airs, I’ll let you know!

There are some fun pictures after the jump, so check them out!

Me with Ellen Johnson: 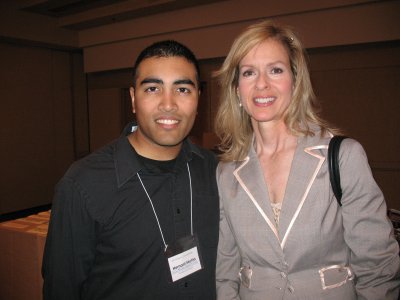 Me with Dave Kong (left, the California state director of AA) and Dave Silverman (right, AA Communications Director and blogger at NoGodBlog): 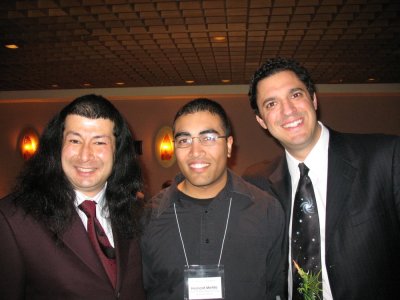 Me staring at a fun little clock someone had…: 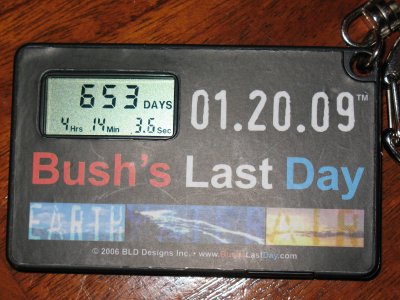 There’s also a picture of myself, Dave Silverman, and Anna Ka (the other 2006 AA scholarship winner) at the NoGodBlog!

April 9, 2007 Julia Sweeney in Chicago This Weekend
Browse Our Archives
What Are Your Thoughts?leave a comment