When I go to Memphis in a few weeks, here’s what I want to visit: 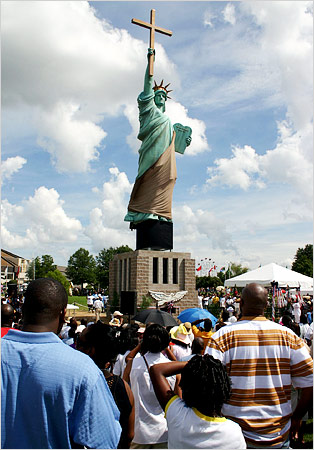 MegaCrosses are popping up everywhere.

Naomi had an interesting post on the matter– describing some of the biggest ones around.

She also writes through email:

Erecting and maintaining the sites can create dangerous situations, especially if it is an accident-prone area already. Rather than put up crosses, I’d rather they erected metal stars on posts, with high reflectability for both day and night. The more stars, the more care should be shown. However, most speeds are too fast to react to dangers, so neither the stars nor the crosses will serve as “danger ahead” warnings…

Has anyone else seen these crosses near them? Are they distracting more than helpful, even to Christians?

February 26, 2007 Tasty
Browse Our Archives
What Are Your Thoughts?leave a comment